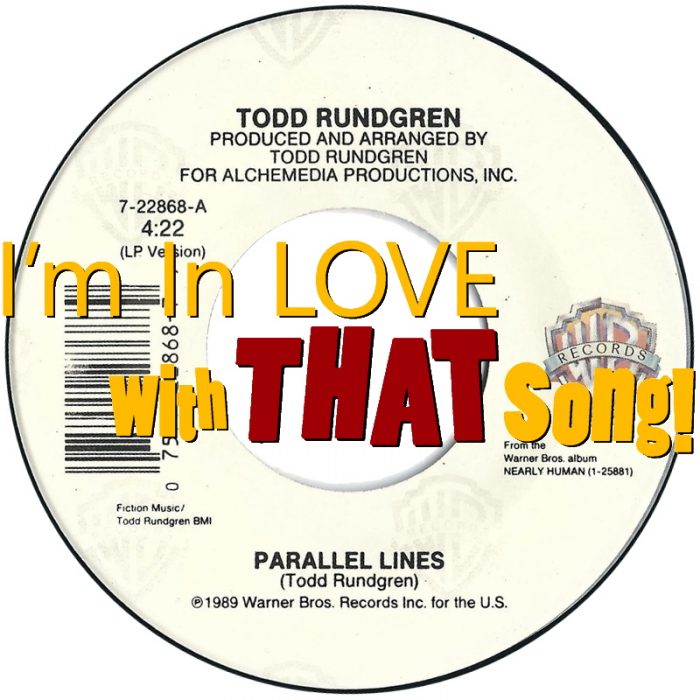 A Todd Rundgren album can vary between pure pop to bossa nova, guitar rock to wild experimentation; like the proverbial box of chocolates, you never know what you’re gonna get with the next Rundgren album. Released in 1989, the Nearly Human album is Todd at his best, a pop masterpiece of well-crafted songs performed impeccably, live-in-the-studio. “Parallel Lines” is one of the strongest cuts, initially written for an off-Broadway musical based on the script for a never-produced 3rd Beatles movie.

— This show is one of many great podcasts on the Pantheon Podcasts network. Check ’em all out!